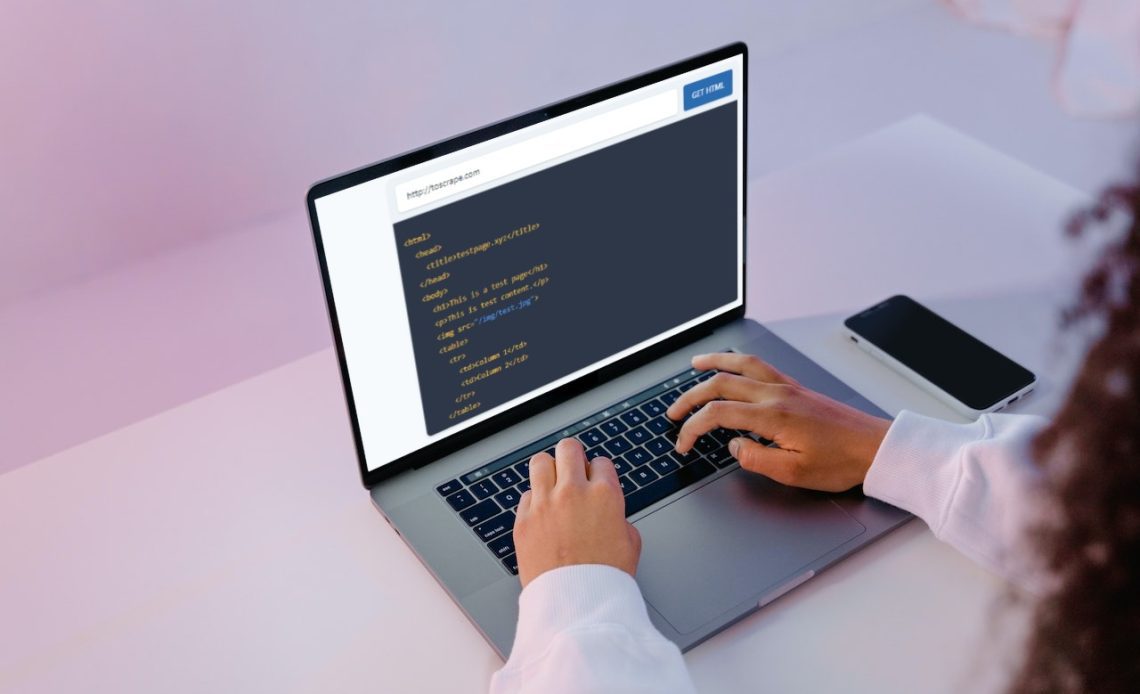 Data is undoubtedly one of the biggest assets of any organization. In today’s era, companies collect different types of data to identify trends, make better decisions and plan for the future. One of the ways big companies collect data is through web scraping. Web scraping involves scraping or extracting website data. This gives businesses the right information to identify investment opportunities, develop new products, and acquire leads. Web scraping also allows companies to track their competitors’ activities. As a result, web scraping is considered an essential tool for businesses. But is web scraping legal? Read on to find out.

What Does Web Scraping Mean?

Web scraping means extracting data from websites or web pages. You can store the scraped data in different formats, such as spreadsheet/Excel), SQL, and HTML.

Data scientists scrape data from the web and use it in their algorithms and models. Many businesses worldwide also use web scraping to make smarter decisions and gain a competitive edge. Web scraping is also sometimes called web data extraction, and it is helpful for price monitoring, market research, lead generation, and more.

Although it’s possible to extract data manually, it takes a lot of time and can produce inaccurate results. As a result, most businesses prefer to use web scraping tools to automate web data collection. Today, a wide range of web scrapers are available that can accurately extract data. But before you use such tools, it’s essential to consider if it’s ethical and, more importantly, legal to use web scrapers.

This is no single answer to this question. If done ethically, web scraping is perfectly legal. However, it depends on several factors, including the website’s terms of service and the country’s laws, regulations, and rules.

Additionally, there are some types of data that you should avoid scraping, or you should at least talk to your lawyer before scraping such data. For example, scraping personal data is illegal in most cases. Similarly, you can get in trouble for scraping intellectual property. So, you need to be very careful with web scraping. It’s also essential to use a reliable web scraper.

Here are some of the key points of ethical web scraping:

You Can’t Scrape Every Thing Available On The Internet

While scraping publicly available data is legal in most cases, you need to keep in mind that not all types of data on the internet are available for public consumption. For example, you should avoid scraping data from sites that require authentication, such as Facebook. Such websites usually forbid automated data collection. This means it would be unethical and illegal to use a web scraper that logs into a site like Facebook and download the personal and private data of the users.

Use The Scraped Data Carefully

Scraping data legally is not enough – you also need to ensure you’re using it the right way. In other words, scraped data is not available for all types of commercial use. For example, extracting video titles from Youtube is fine, but you shouldn’t post those videos on your website as they are copyrighted.

You’ll find several web scraping tools that provide automated access to website data, but the real question is, do all the tools follow the rules of ethical data scraping?

Below are some of the main features of an ethical and reliable web scraper, such as a web scraping API:

Some web scraping tools are designed to collect data at a very fast speed. While this may sound like a good thing, it can overload the web server and cause it to crash. Hence, a good web scraper shouldn’t overload the target websites.

The web scraping tool should only scrape data available for public consumption. In other words, the web scraper shouldn’t extract data that is password protected. Additionally, it shouldn’t violate any copyright laws.

Are There Any Real-Life Examples Of Web Scraping Legal Cases?

Now that you know ‘is web scarping legal,’ let’s have a look at a couple of real-life web scraping legal cases:

LinkedIn vs. hiQ Labs is a famous legal case related to data scraping. HiQ Labs is a data analytics company that focuses on people analytics. The firm was scraping data from LinkedIn, specifically public LinkedIn profiles, for analytics. In 2017, LinkedIn sent a legal notice to hiQ labs asking them to stop extracting data from their site.

As per LinkedIn, HiQ Labs violated the Computer Fraud and Abuse Act (CFAA). However, HiQ Lab argued that they were accessing publicly available data and that scraping such data isn’t a violation of CFAA. In 2019, the US Court of Appeals denied LinkedIn’s request and prohibited it from blocking hiQ labs’ requests to access public data.

Another well-known lawsuit related to data scraping is Facebook Vs. Power Ventures. In 2008, Facebook sued Power Ventures for scraping users’ data from Facebook and using it on their website. Facebook claimed Power Ventures had violated the CAN-SPAM Act, California Comprehensive Computer Data Access and Fraud Act and CFAA. In response, Power Ventures argued that Facebook’s claim was insufficient to be considered. According to Power Venture, there wasn’t any unauthorized access as the users used the Power Ventures platform to access their own data on Facebook. In 2009, the district court’s decision came in favor of Facebook.

Which Web Scraping Tool Should You Use?

With generous QPS limits, the Zenscrape API provides adequate performance no matter how many requests users submit. Additionally, you can use the API with any programming language to create custom scraping scripts. It enables quick and easy Python web scraping and is also compatible with PHP, Ruby, and many other languages.

If you’re scraping publicly available data, web scraping is legal. However, you should avoid using tools that scrape users’ personal data from websites that require authentication, such as Facebook.

Can you get in trouble for scraping a website?

There is nothing wrong with scraping public data from a website. But you shouldn’t scrape personal data or intellectual property.

Is web scraping for commercial use legal?

Although you can scrape public data, it is not available for all types of commercial use. You should never use the scraped data in a way that violates copyright laws.

Is it legal to scrape Google?