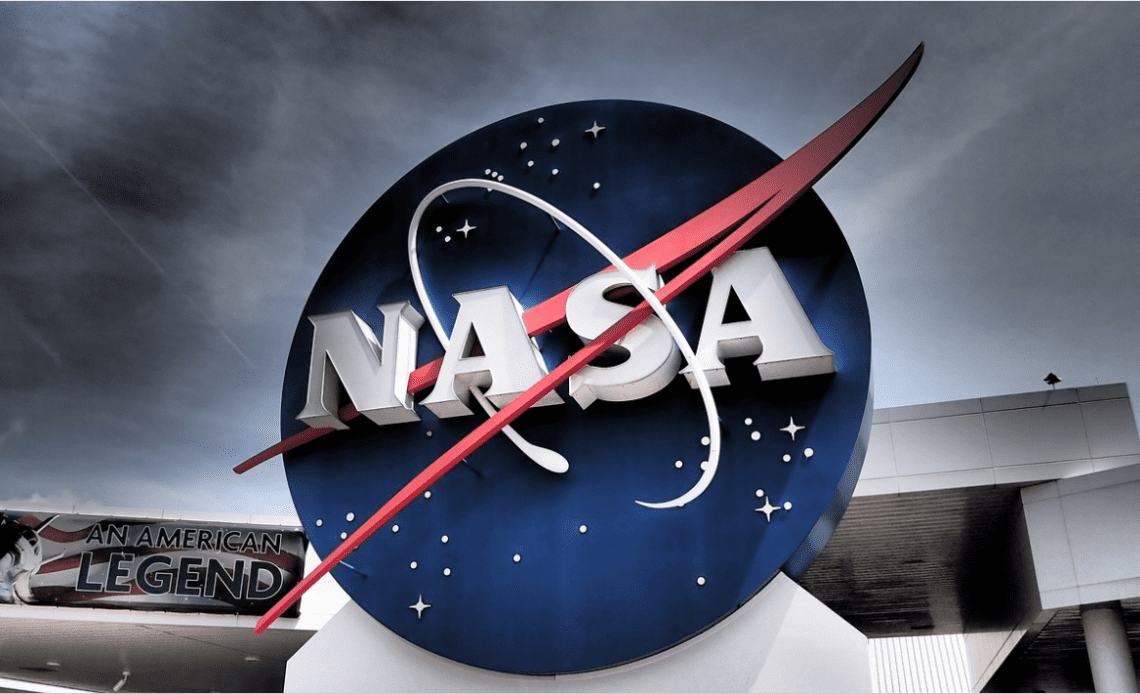 Are you curious about space, or a student looking for an idea for your next thesis or dissertation project? Do you want to know how much your business is affected by Space Weather? Are you a writer or journalist looking to get the next scoop on interesting space news or a NASA image? There is plenty of inspiration that you can get from each NASA API and a range of commercial APIs available from APILayer.

Many programmers interested in NASA search for NASA API. It turns to that there isn’t just one NASA API that gives you an API endpoint. There are many different NASA APIs to choose from that will give you access to different space weather database information available from NASA. Using APIs available from NASA you can also get geocentric spacecraft location information and landsat imagery data. You can also find tutorials with example query for each NASA API. The good news for developers is most of NASA’s API available to the public only require one API key which you can generate at https://api.nasa.gov/.

Nasa offers a variety of APIs, or application programming interfaces, that allow developers to access data and information related to space exploration. One popular API is the NASA Astronomy Picture of the Day (APOD) API. This NASA API provides access to high-resolution images of astronomical objects and events.

To use the APOD API, developers must first register for an API key. Once they have an API key, they can access the API endpoint, which is a URL that provides access to the data. The data returned by the API includes the image file, image data, and image metadata.

The APOD API is just one of many NASA APIs that provide access to data that can be used to create interesting and innovative applications.

Space news often includes reports of solar flares and CMEs (Coronal Mass Ejections) because of the danger they pose to Earth from causing geomagnetic storms. Power outages, difficulties with navigation, and spectacular aurora displays can all result from disruptions to Earth’s magnetic field brought on by geomagnetic storms.

If you want to keep up with mainstream space news reported around the world, you can use APILayer’s mediastack API, but have you ever wondered where space journalists and writers about space get updates?

A solar flare is a sudden, intense brightening of a small area on the Sun’s surface, while a coronal mass ejection is a large release of plasma and magnetic field from the Sun’s corona.

Near Earth asteroid information in the News

Are you interested in data mining recent news articles where near Earth objects (NEO) have made international news headlines? A good place to start would be mediastack API which accesses 7,500 sources of news across 50 countries. You will soon begin to see that asteroids are a major fascination for journalists.  There is a NASA API accessible to the public where people can track the distances of all known near Earth objects, and track specific objects by their ID number. 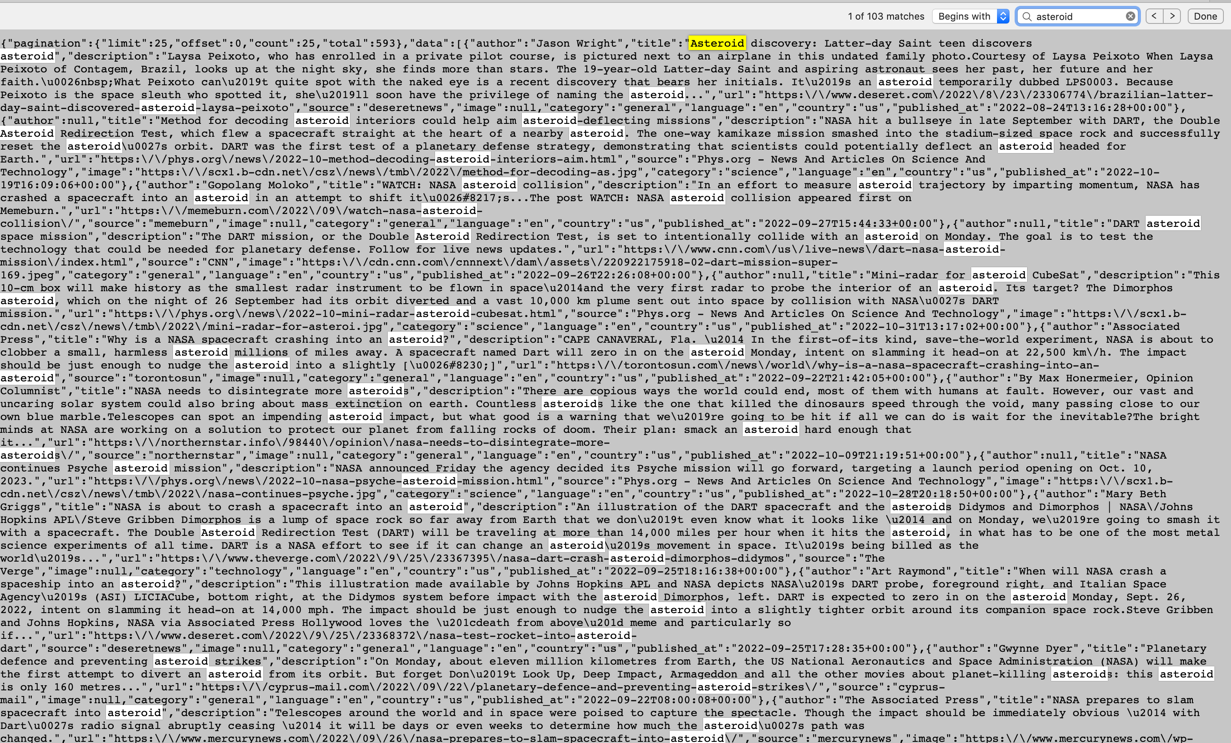 Get a NASA API key to track asteroids:

People often grumble about the weather here on Earth, but have you ever wondered how it compares to the weather on Mars? The weather on Mars is very different from the weather on Earth. For one thing, Mars has much colder temperatures, averaging around -60 degrees Celsius. Additionally, Mars has much less atmospheric pressure than Earth, meaning that there is less protection from the Sun’s radiation. Mars has dust storms that can last for weeks or even months, and these can be very dangerous for any future astronauts that visit the planet. APILayer’s weatherstack API has comprehensive live and historical weather data for Earth, but if you want a NASA API that will give you weather reports for Mars, search the NASA API website for the Mars Weather Service API. You can check it out on this link: Insight: Mars Weather Service API.

What else could you potentially do with a NASA API?

If you analyse data from NASA’s CME and Geomagnetic Storm APIs, you may notice different correlations between NASA data and other APIs, such as news and flight tracking APIs.

If you are interested in finding correlations between how flights are affected by space weather, consider comparing data reported with NASA and APILayer’s flight tracking API, aviationstack that tracks movements of over 19,000 planes across over 10,000 airports.

It was reported by Bloomberg in January 2012 that Delta Air Lines Inc. redirected as many as eight transpolar flights between the United States and Asia as the most powerful solar radiation storm since 2003 hit Earth.

Reuters reported in February 2022 that at least 40 of SpaceX’s recently launched Starlink internet communications satellites were rendered inoperable by a geomagnetic storm caused by a large burst of radiation from the sun. It was speculated that this was the largest-ever geomagnetic event to cause a widespread loss of satellites.

Reports by the Flight Safety Foundation discuss the health impact to flight crew and passengers that exposure to in increased radiation from space can have. APIs that track space events and increased radiation levels have lots of potential applications.

Do events in space affect the financial markets?

Solar activity that has been making headlines recently has helped raise people’s awareness, and in the United Kingdom, space weather has been added to the National Risk Register. Recent focus has shifted to the threats facing individual industries, such as the financial markets. Companies Goldman Sachs, the Met Office and National Grid have engaged with Universities such as UCL to discuss the impact of space weather on the financial markets.

A growing body of research suggests a link between space weather and the financial markets. A number of studies have found evidence that solar activity, in particular, can have an impact on the stock, bond, and currency markets. While the mechanisms by which space weather may affect financial markets are not fully understood, it is clear that there is a link that should be investigated further.

You can start now by getting access to financial market, financial news data from selection of APIs offered by APILayer and using them to find correlations with space weather data freely available on NASA’s APIs.